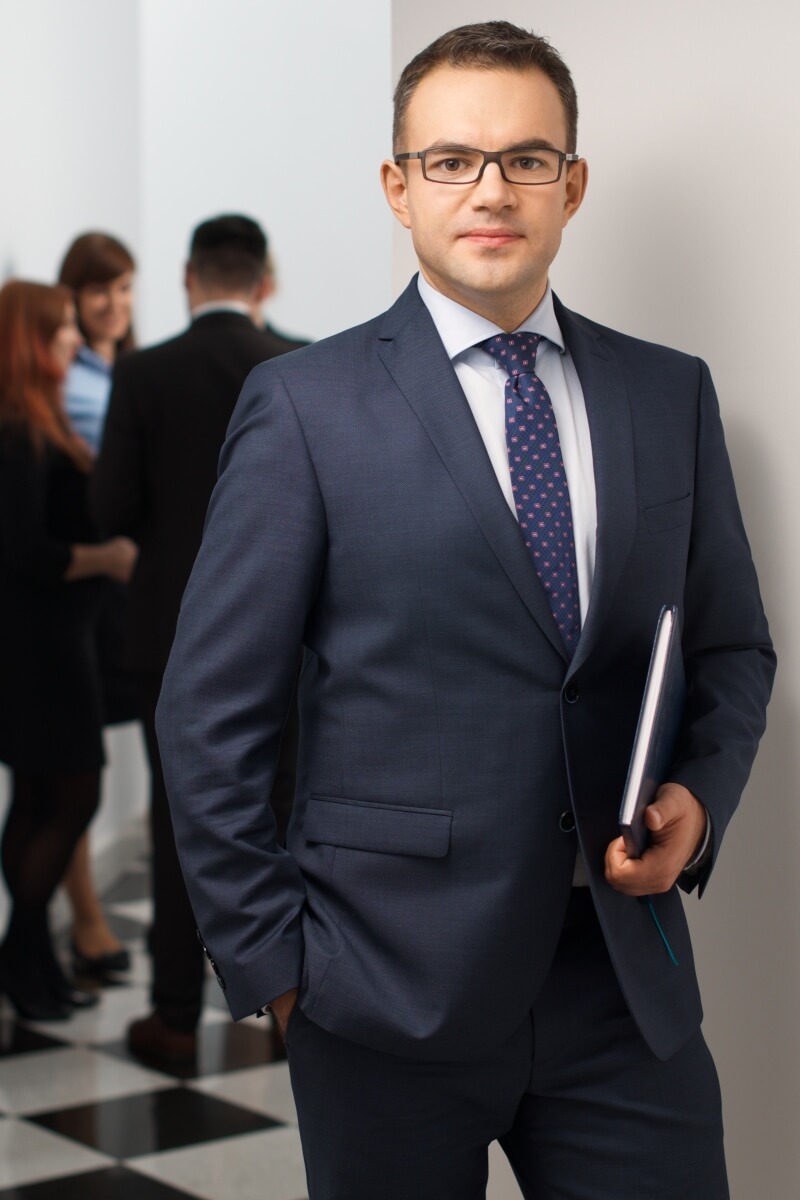 Jacek is a highly qualified legal advisor. He graduated from the Faculty of Law at the University of Lodz, Poland and the University of Utrecht in the Netherlands. He also completed postgraduate studies in European funds at the University of Lodz and International Business and Trade Law Program organized by Catholic University of America, Columbus School of Law in Washington in cooperation with Jagiellonian University in Cracow and the Catholic University of America.
He started his professional career with the State Fund for Rehabilitation of Disabled Persons in 2002. Then, in 2014, he moved to the Ministry of Finance and worked there for several years. Later, he worked for several domestic and foreign companies, in particular companies from Foxconn and Leiber Group. In 2010, he established his own Law Office ― Cieślak Klimkowski Attorneys at Law ― together with Beata Cieślak.

During his career, he has provided legal services to a number of domestic and international clients in the area of tax law, commercial law, corporate matters and dispute resolution.

His main achievements include:

This website uses cookies to provide services at the highest level. By continuing to use the site, you agree to their use.
Accept
Manage consent